A Cup of Grace

Telling the truth: A public profession of faith 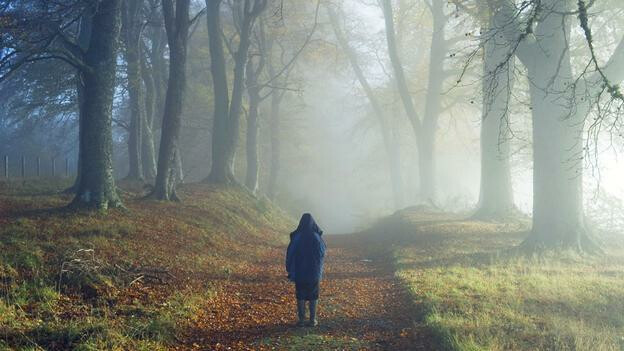 There are certain expected clichés in the Christian Community.

When things are not going well in your life – the marriage, the job, your health, the kids- it becomes almost obligatory to reassure those around you that “you know God has a plan.”  This, of course, will bring great comfort to your Christian friends who take pity on you and the terrible thing that you are enduring, but still need to hear that your faith is strong.  Because if you express your doubt, not only in the plan of God but maybe even in the goodness of God himself, you might touch on a doubt that they too have experienced but never had the courage to express. This makes everyone uncomfortable.

“Every day is a gift from God” Is another cliché that also seems to be prevalent. Oh, I know that every day is a gift, but what about the days that don’t seem like a gift, but seem like an absolute curse; you wonder, where is God in this mess of destruction and despair called humanity? The day doesn’t appear to be a gift to the homeless kid under a bridge or the women who just got the tar beat out of her by her husband. Expressing that each day is a gift seems disingenuous at best and a down right lie most of the time. “God is good all the time and all the time God is good” is a true statement in the paper of a theologian or the kindergarten classroom of a Sunday school teacher, but it often doesn’t seem like real life. Often the expressions used in Christian community have has much sincerity and honesty as putting a little “Winkie Face” at the end of a text; protecting yourself from any possible angry retort from the recipient. You know, a kind of text that says, “We missed you at church, the family get together, the work project, the meeting, or the call home today and I’m starting to wonder if you are alive – “Winkie Face” What you want to say is, “where the heck where you? Jerk.” But you can’t say that so you make a passive aggressive statement and put a “Winki Face” at the end of you text as protection against a response that might be less than pleasant. This allows you to then respond, “Oh, I’m sorry you were offended, didn’t you see my “Winkie Face?”

The public profession of our faith is not about clichés or Christian Community emoji’s but rather the profession of an honest faith. To affirm your faith in a public way is to also affirm that you have loves and hates, anxieties, pride, fears, anger, and at times dark doubts. It is also a reminder that that all- full bellied and flat bellied, old and young, Ph.D.’s and high school dropouts, drug addicts and money addicts, adulterers and gossips, Catholic and Protestant, Reformed and Baptists,- come, more or less, with these same issues. As the apostle Paul said, “For all have sinned and fall short of the glory of God” (Romans 3:23). Maybe even more descriptive is Jesus himself telling us the truth that being human in this world is to labor and be laden with the fears and doubts that haunt us all. (Matthew 11:28)

To make a public profession of faith is too be honest.

A profession of faith is being honest about what the world sees you to be on the outside as well as about what the world doesn’t see, who you are on the inside. Truth and honesty begins to shape when the outer “you” and the inner “you” begin to be more blurred. This is where faith lives and where the Gospel of Jesus Christ shapes us. It shapes our outer world in our practices or piety. It is part of a public profession to embrace Christian community in its historical, global, and local Christian expression; this is called the church. It leads us to believe that at the core of God is goodness, so we can say “God is indeed good all the time and all the time God is good.”  It also shapes our inner self too- our dreams, hopes, and longings. Faith is faith when outward honesty expresses those inner longings of doubt that are not yet fully shaped by the Gospel but in faith believe someday will be. Faith is faith when the inward light of hope seems diminished and almost extinguished but still musters enough courage to state “I believe in God’s promises even when everything I see tells me God must really stink or not care about anything.” When this is stated, it begins to illuminate and strengthen that small flicker of faith within you.

To make a public profession of faith is submitting your imagination to be shaped by the one whom you are professing.

To profess your faith is too say that your imagination is no longer going to be shaped by the humming of John Lennon’s utopian world. It is also to reject that imagination often presented by Evangelicalism that says “what we do in church is the most important thing.” It is saying that your imagination is being shaped by a world that has experienced deep brokenness but is being put back together and renewed by the original designer. It is too embrace the words of God, shared by the prophet Amos, “I hate, I despise your religious festivals; your assemblies are a stench to me. 22 Even though you bring me burnt offerings and grain offerings, I will not accept them. Though you bring choice fellowship offerings, I will have no regard for them. 23 Away with the noise of your songs!    I will not listen to the music of your harps. 24 But let justice roll on like a river, righteousness like a never-failing stream!” (Amos 5:21-24). It is an imagination that recognizes that the melody of the songs on Sunday are simply obnoxious noise to God without the melody of justice the rest of the week.

To make public profession is to submit your heart and hands to the cause of grace.

Vocal proclamation of your faith without tangible demonstration is just noise; like a politician making promises to appease an audience. You are professing to follow your King as he shepherds His sheep. You are professing your willingness to share in the stench of scared and shaken sheep as they crap on you when you try to carry them from danger. All you need to know is that the great shepherd loves them and what He loves, you too are professing to love. You are professing to mingle and bring healing to lepers and the outcaste of society; staying by your King’s side even as the very ones that have been healed offer not even a simple thanks.[vi] You are professing to offer even the small cups of grace, without fanfare or recognition, because you know that it is in these small Dixie Cups of Grace the thirst of the world will be truly quenched. To make profession of faith is to profess that you will look up in trees for fat little men the world rejects and to sit on bar stools sharing a beer and stories of your King; risking being rejected by those who claim allegiance to same king you do. To make this profession is to profess that you will love the Lord your God, your king, with everything you have; pouring out that same love to others, even others that don’t meet the standards of decency the world expects.

To make public profession of faith is to submit your voice to proclaiming the true king.

As much as vocal proclamation needs tangible demonstration, demonstration must be willing to proclaim its loyalty. A public profession is a marker. It does not say that you were not following the king before today. It is a day that you, and all gathered, can remember and recall your stated loyalty. It is also a day that when you have step out of the boat only to sink, or made pledges to the king, only to later fail to follow through, that you can proclaim, “My King is faithful and nothing can separate me from his love.”[vii]

To make public profession of faith is to stand with others who are loyal to king Jesus and say I’m with you.

To make public profession of faith is to be honest with who you are, doubts and all, and pledge yourself to life in the Kingdom under the Kingship and Lordship of Jesus Christ. This pledge submits your imagination to a new way of being human and experiencing humanity; an imagination which will look significantly different than the imagination of those around you. As you submit to a new imagined life you will find yourself in place and with people that you never imagined being before. In these new places you will experience both joy and sorrow of the Kingdom today and grow in your longing for the Kingdom tomorrow. You will weep over brokenness and dance when you see the King melting away the cold of winter. It is to embrace that you are weary and heavy laden and it is only with the yoke of Christ that you will truly experience rest.[viii]

To make public profession of faith is to receive from the community this prayer:

14 For this reason I kneel before the Father, 15 from whom every family[a] in heaven and on earth derives its name. 16 I pray that out of his glorious riches he may strengthen you with power through his Spirit in your inner being, 17 so that Christ may dwell in your hearts through faith. And I pray that you, being rooted and established in love, 18 may have power, together with all the Lord’s holy people, to grasp how wide and long and high and deep is the love of Christ, 19 and to know this love that surpasses knowledge—that you may be filled to the measure of all the fullness of God” (Ephesians 3:14-19)

Observation and reflection on the small acts "Dixie Cups of Grace" that seem to make a large difference.

"Some Believe in only great power that can hold evil in check, but that is not what I have found.  It is the small everyday deeds of ordinary folk that keep the darkness at bay.  Small acts of kindness and love. Why Bilbo Baggins?  Perhaps because I am afraid; and he gives me courage."  J.R.R. Tolkian. The Hobit